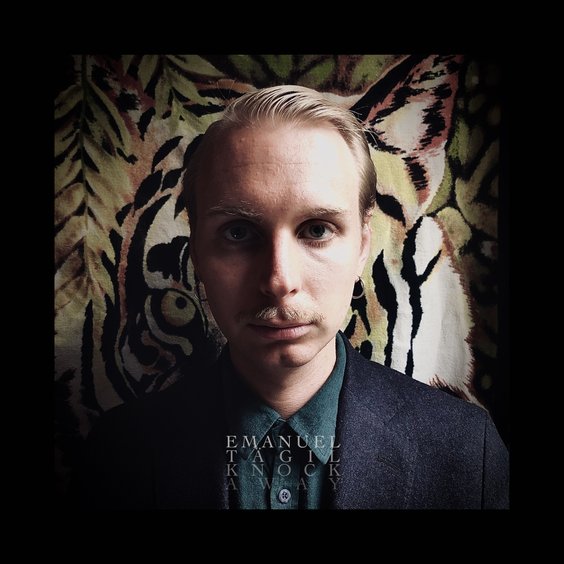 “New Sounds, New Colors and New Dimensions” reads the motto for this record label, and occasionally you hear a new artist with a strange voice and a rare expression of artistry that fits the job description. This feeling hit me when I listened to the demos for “Knock Away” for the first time, an album by Emanuel Tägil that explores the mysterious territory that lies between the dreams of the creative artist and the "real" world.

I suppose that many songs on this album are mistaken for being pop music, that the presumptive listener would judge the music according to the musical lenses of “pop”. Although Emanuel creates easily accessible elements in his compositions, the song structure does not follow any musical conventions of how a pop song should be arranged. Often there is no conventional pop chorus in the songs, instead mantras repeating again and again, practicing musical exorcism in self-invented ceremonies. Emanuel’s lyrics are deceptive, and the listener is tricked by banal and exact descriptions of rituals and everyday observations. However, if you pay close attention, you will notice that he is altering ordinary objects and human interplay into something magic and peculiar right in front of your eyes. On this album Emanuel has created his own community, a tribe with only one member. It takes courage to be that odd bird, and I am proud to be part of his exciting expedition.